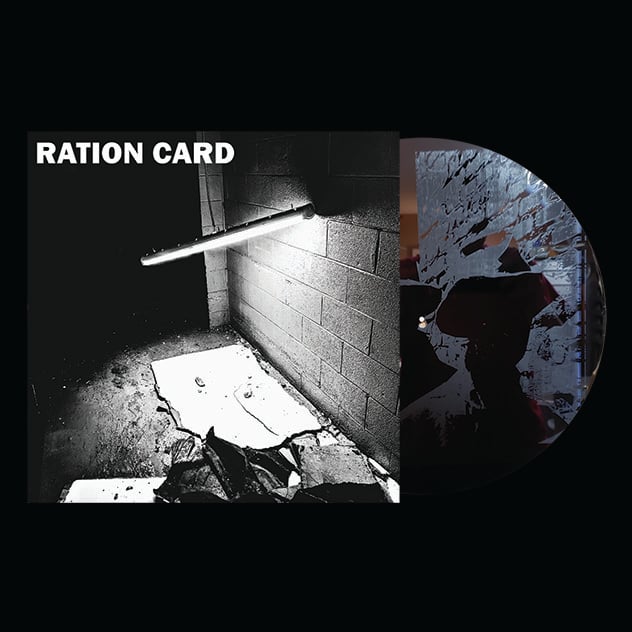 Debut EP from Ration Card! This is Eccentric Pop owner Travis' current musical project. While it is definitely not pop punk, we'd still be thrilled if you checked it out! 5-songs pressed on 140 gram black vinyl with an etched b-side. Give it a spin on Spotify or YouTube if you wanna try it before you buy it!

“Mathy, gloomy, post-hardcore”. Ask Ration Card to describe their sound, and that’s the response you are likely to get. The band’s self titled debut EP offers 5 tracks of “discordant heaviness ripping through ears with chaotic approaches”
(New Noise Magazine). The songs are dark, complex, and periodically heavy compositions which seem to embody an impending modern dystopia just around the corner.

Inevitably, after each show, somebody approaches a band member and says “oh man, you guys sound JUST LIKE FUGAZI!” While the band draws on a deep well of influences, Fugazi is undeniably near the top of the list.