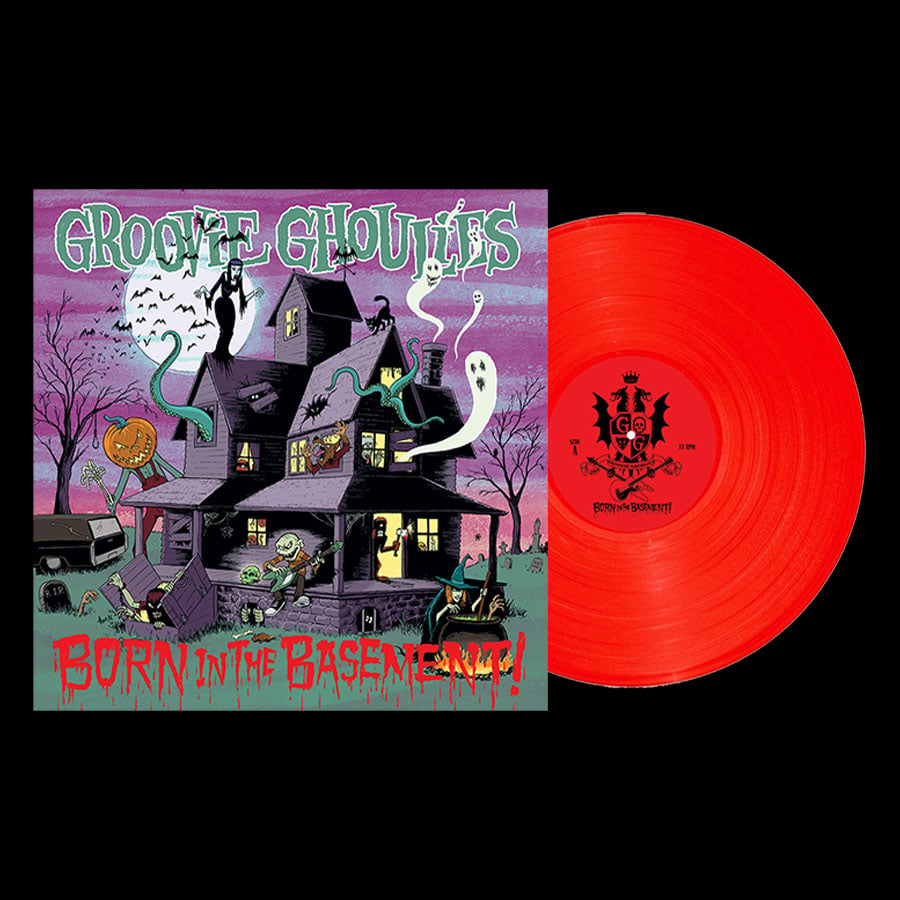 The long awaited reissue of the 2nd full length from Groovie Ghoulies! Originally released in 1994, reissued by Lookout in 1996, and now, 20 years later, re-reissued on Eccentric Pop!

“Born in the Basement” is the spot in the Ghoulies’ discography where we start hearing some of their most beloved singles – “The Beast With Five Hands,” “I Wanna Have Fun,” “Hypergenerate” – and the new artwork by Tom Neely is unreal!

The first pressing is on red vinyl and limited to 500 copies.