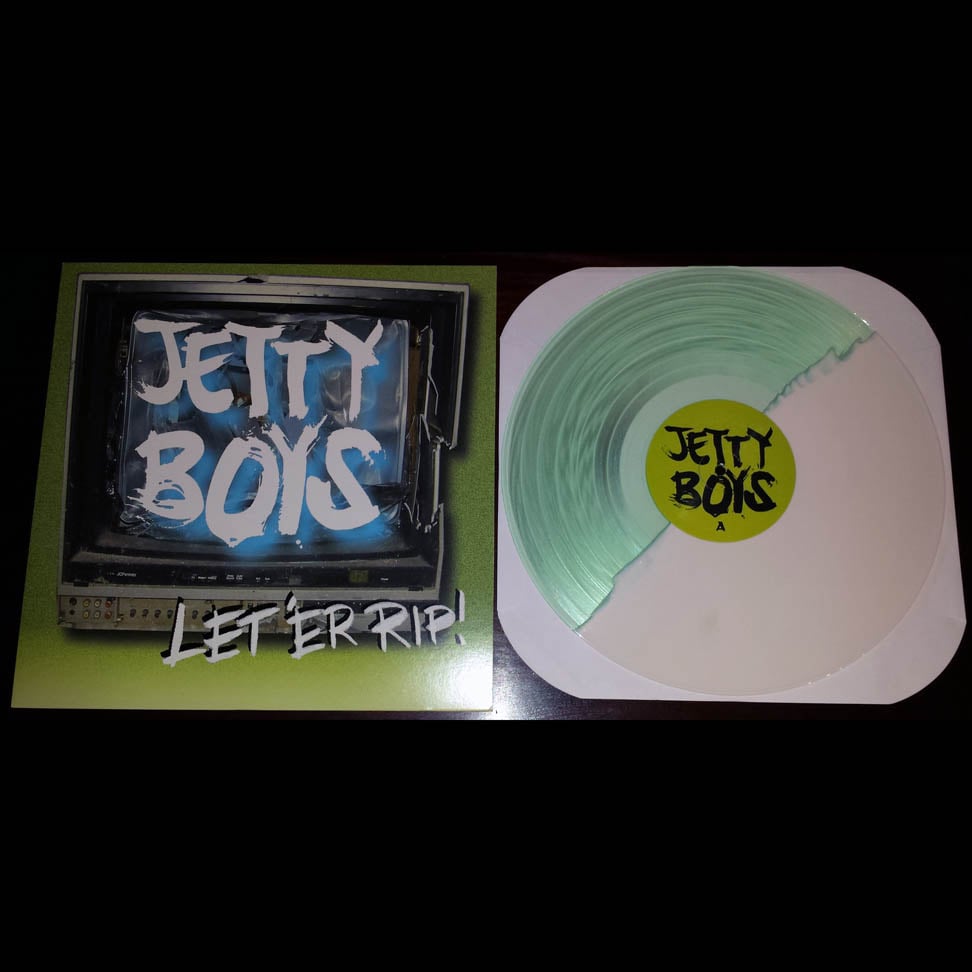 Split white and clear color vinyl! Final pressing ever, limited to only 200 copies!!

Relentless touring, a slew of split 7”s, EPs, and LPs, and the undying affection of pop punk kids everywhere have propelled Sheboygan, Wisconsin’s Jetty Boys to the forefront of the American pop punk scene. These guys hit hard and fast, knocking out high energy pop punk that gets better and better with every new release. With over 400 shows under their belts in just four short years, Jetty Boys have a rabid fan base that grows exponentially with each release and each tour. This is their first full length since 2009’s “Sheboygan,” and we are thrilled to have the LP on Eccentric Pop Records. The CD version is being released by our good buddies at Kid Tested Records!