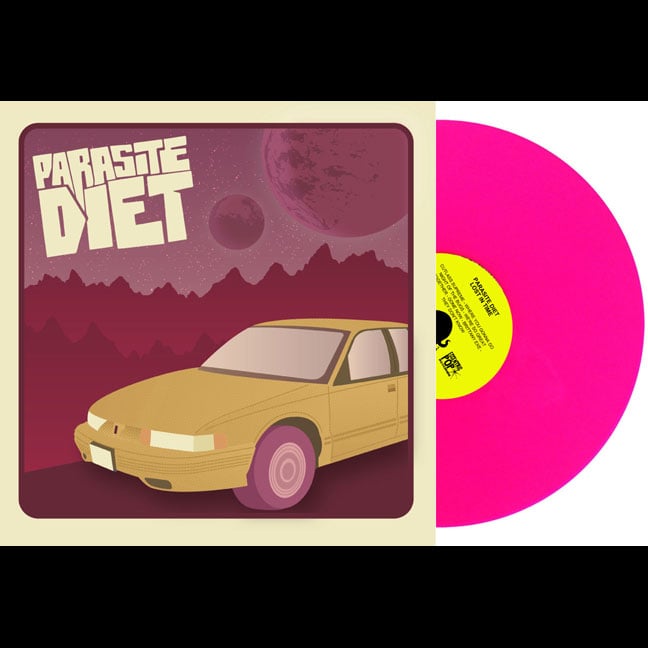 Fresh off the road from a nation-wide tour in support of power pop legend PAUL COLLINS (The Nerves, The Beat), PARASITE DIET found themselves in an enviable position: the well-attended shows had exposed a nation-wide network of pop punk kids to their hook-driven, harmony-laden brand of power pop. They had won over a legion of new fans. Their debut 7” had sold out, as had a CD and lathe-cut 7” pressed especially for the tour. Their merchandise had all sold out. And during their time on the road, they had written a handful of exquisite pop punk songs that would ultimately become their debut LP, “Lost In Time.”

Energized by their tour adventures, and armed with a full album's worth of new material, the band headed to the studio. Within a week, they had emerged with one of the finest power pop / punk LPs of the 21st century.

Parasite Diet is an anomaly in the punk rock scene – a group whose members are so pleasant to be around that they seem almost other-worldly. A group who plays power pop so sweet that it seems to be of a different age. Which makes sense. Because rumor has it that Parasite Diet secretly traverses the space-time continuum in an automatic GM time machine – a little gold '97 Cutlass Supreme.