LP: The Automatics Self Titled Reissue! 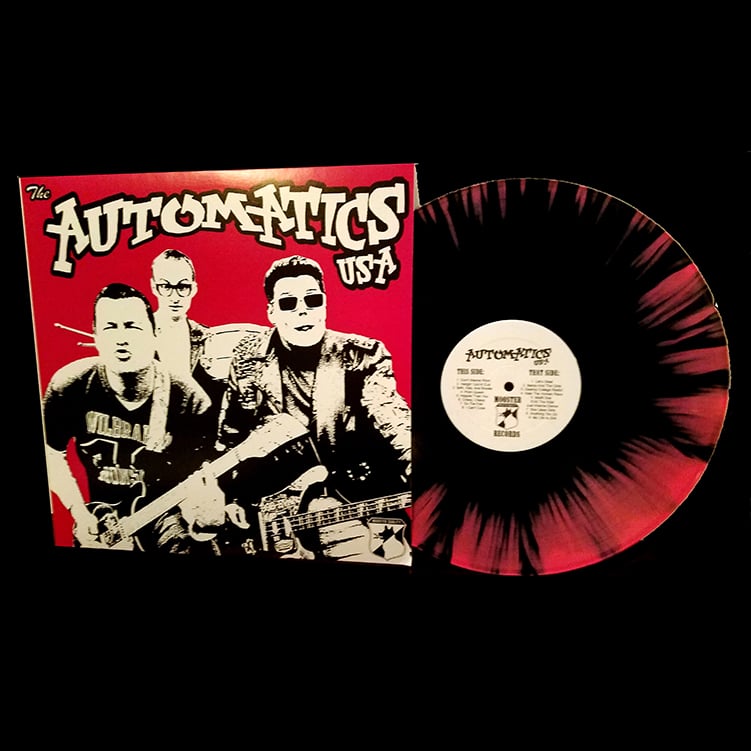 “S/t” is where it all began for THE AUTOMATICS! That Buzzsaw guitar, dueling Jesse's on vocals and thumping bass with stop on a dime drums have never sounded better now that they have been run through the masterful ear of MASS GIORGINI (Sonic Iguana Studios) for this special reMASStered package. 17 tracks including all the hits "All The Kids Just Wanna Dance", "My Life is Shit", "Do The Fish" and more!!